Measuring the Construct of Global Mindedness

Measuring the Construct of Global Mindedness

Today’s increasingly globalized world demands greater insight into people and cultures across the planet. The International Baccalaureate® (IB) aims to prepare young students to meet this need through programs that foster “critical thinking and problem-solving skills, while also encouraging diversity, global mindedness, curiosity, and a healthy appetite for learning and excellence (learn more on their “About the IB” page).

To understand if the IB is meeting its objectives in fostering global mindedness, it commissioned School-to-School International (STS) to conduct a Global Mindedness Benchmark Study of students participating in their secondary school programs in six countries. This study was just recently published.

The IB is a nonprofit educational foundation motivated by its mission to “develop inquiring, knowledgeable and caring young people who help to create a better and more peaceful world through intercultural understanding and respect.”

The IB offers four distinct programs to nearly 2 million students in around 5,500 schools in 159 different countries. Characteristics of its mission statement and learner profile echo the multidimensional construct of global mindedness, which includes attributes such as social responsibility, interconnectedness, openness, and perspective taking.

STS was tasked with measuring the complex construct of global mindedness and comparing differences in global mindedness levels between students in two of the IB’s programs and young adults from the general population based on comparable, existing data in matching countries.

The World Values Survey (WVS) is an international research program studying people’s social, political, economic, religious, and cultural values around the world. As one of the most widely used cross-national surveys in the social sciences, the IB proposed drawing on the WVS’s sixth wave (2010-14) of data to set country-level benchmarks of peers from similar age ranges in the same six countries: Australia, Germany, Japan, Mexico, Spain and the United States.

STS leveraged this data in two consecutive phases to measure the levels of students’ global mindedness in two IB programs: its Diploma (DP) and Career-Related Programs (CP), both of which serve students aged 16-19 and run for two years.

Our pilot stage tested the adequacy of the psychometric and cross-cultural properties of the WVS’s items to then create a robust tool that could measure global mindedness levels for the IB against both national and internal benchmarks. The operational phase then measured these levels, comparing students’ responses to our WVS-informed, country-level benchmarks.

The study resulted in 3,414 survey responses from DP and CP students across 79 publicly and privately funded schools, which our researchers used to analyze global-mindedness levels disaggregated by various characteristics (e.g., the number of IB courses taken, year of IB programming, and demographics). 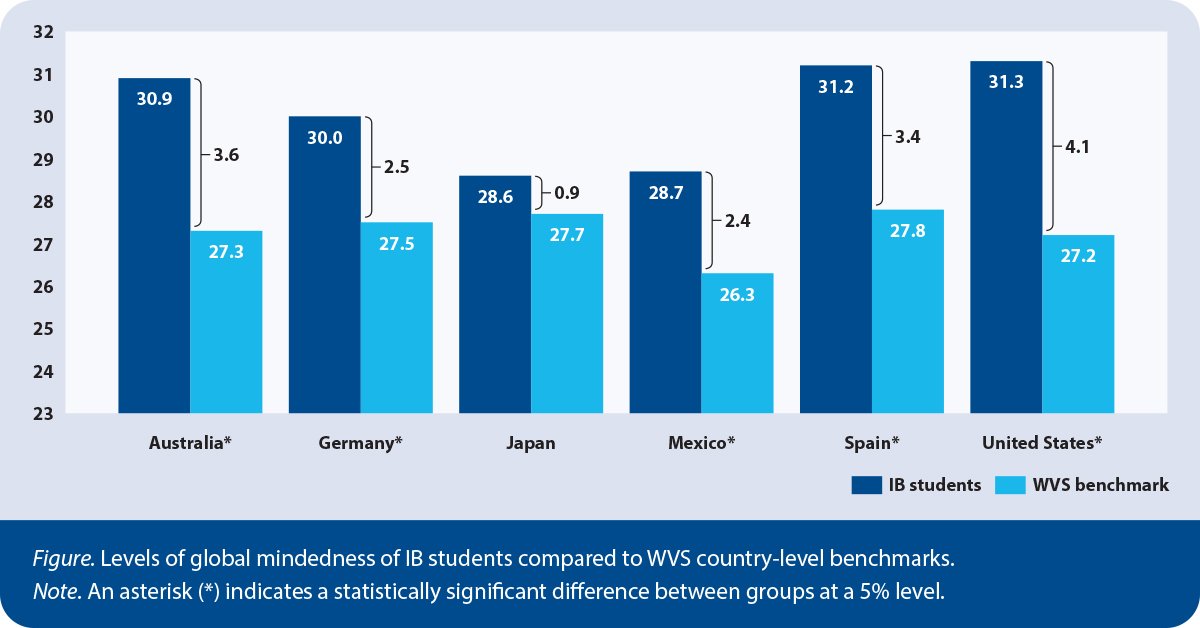 This summary was developed by the IB Research department, based on a report by: Dr. Fernanda Gándara, Aimee Reeves, and Drew Schmenner of School-to-School International (STS).

While the study can’t provide causal evidence that these programs increase students’ global mindedness levels, the results are promising and indicate a positive correlation between participation in the IB’s programming and students’ degrees of global mindedness.

If disseminated to IB schools, teachers, students, parents, and other relevant stakeholders, these findings may help the IB promote its successes and engage stakeholders in discussions about the benefits of its programming. The IB may also leverage STS’s findings to further the greater body of research on global mindedness, including how it develops and differs across individuals and contexts, or to encourage other schools to reflect on how they can also cultivate global mindedness in their student populations.

Learn more about the study here! 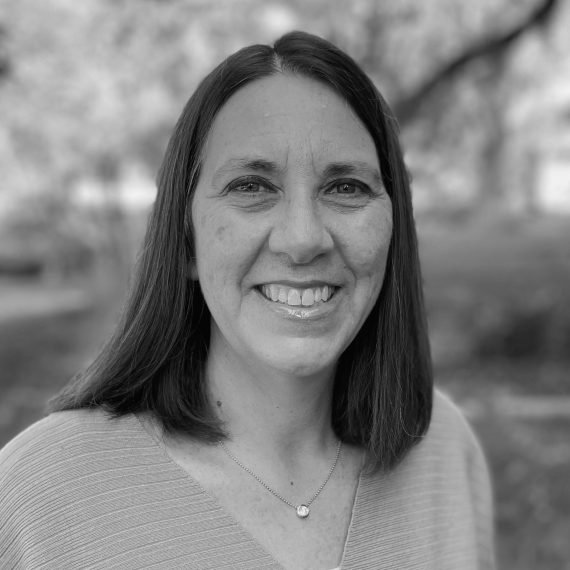 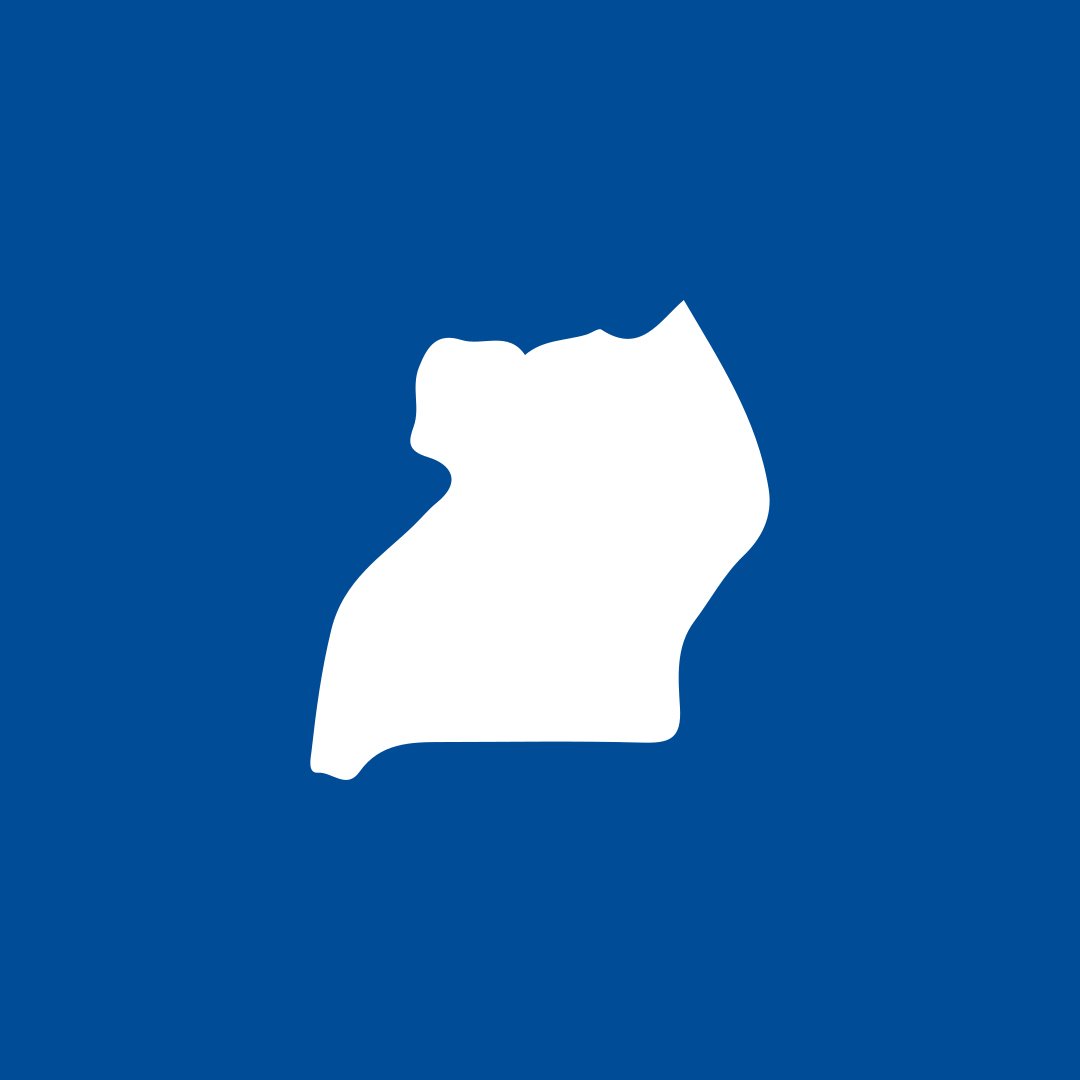