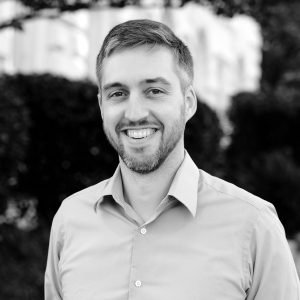 As Director of Programs, Matt Murray oversees the day-to-day management of STS’s programs department. As a researcher and project manager for more than 12 years, Matt Murray has delivered evidence-based results for clients such as USAID, FCDO, the World Bank, and national education agencies.

Murray has managed education and early childhood development technical assistance and evaluations in sub-Saharan Africa, the Middle East and North Africa, and Central Asia ranging in size from $50,000 to $10 million. He has overseen student assessments in seven countries and 16 languages that have reached tens of thousands of students. He has also managed and contributed technical expertise to quantitative and qualitative study design, data collection and analysis for performance and impact evaluations in Bangladesh, the Democratic Republic of the Congo, Ethiopia, Kenya, Liberia, Malawi, Mali, Morocco, and the United States. He has classroom experience as an English language teacher in Turkey, where he also studied at Boğaziçi University.

Murray earned a master’s degree in international affairs from George Washington University and bachelor’s degrees in economics and history from Michigan State University.